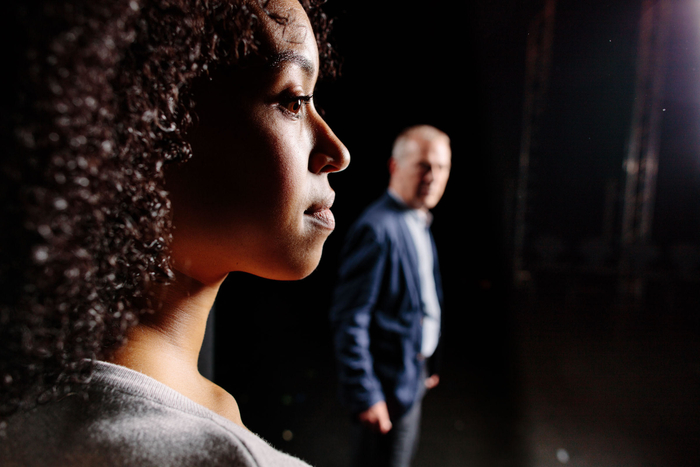 HOW TO ACT is a new play written and directed by Graham Eatough for National Theatre of Scotland.

It premiered at the Edinburgh Festival in 2017 where it won a Fringe First and then toured Scotland in 2018.

Internationally-renowned theatre director Anthony Nicholl has travelled the globe on a life-long quest to discover the true essence of theatre.Today he gives a masterclass, demonstrating first-hand, the methods he developed in Africa and Asia.
Promise, an aspiring actress, has been chosen to participate. What unfolds between them forces Nicholl to question all of his assumptions about his life and art.

How to Act explores the contemporary realities of personal, cultural and economic exploitation through two individuals drawn together in the world of theatre. Both believe in truth, but each has their own version of it.