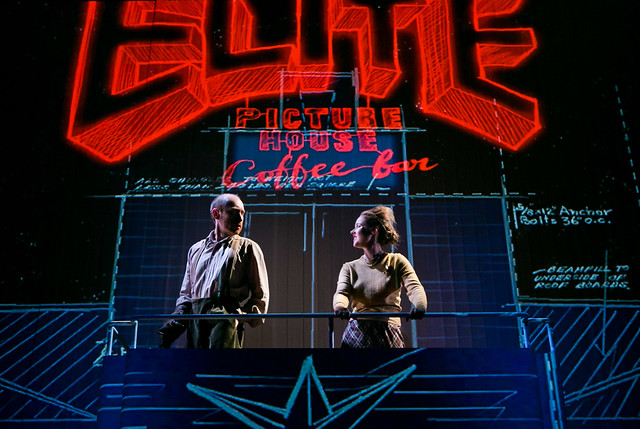 A young man arrives in a dying city with seashells in his pockets. He doesn’t know who he is, or how he got here. He goes by the only name he can think of: Lanark.

Yearning to belong, he meets Rima at The Elite Café and together they are propelled into an epic journey through time, space and consciousness as Lanark tries, fails and tries again to find happiness.

Lanark is a portrait of the outsider artist as a young man, an exploded life story like no other. This theatrical re-imagining of Alasdair Gray’s classic novel will take us from the Dragon Chambers to the Cathedral of Unthank, from post-war Glasgow School of Art to the sinister underground Institute, from the heavenly city of Provan to the hellish Elite Café, combining science-fiction, realism, fantasy, and playful storytelling.

In the nearly 35 years since publication, the ideas, politics and ambitions of Lanark have inspired generations of artists in Scotland and beyond. This new co-production with Edinburgh International Festival celebrates Gray's 80th year and continues a collaboration between Greig and Eatough which began with experimental theatre company Suspect Culture.

Lanark: A Life in Three Acts is a co-production between The Citizens Theatre and the Edinburgh International Festival in association with Graham Eatough and Sorcha Dallas.