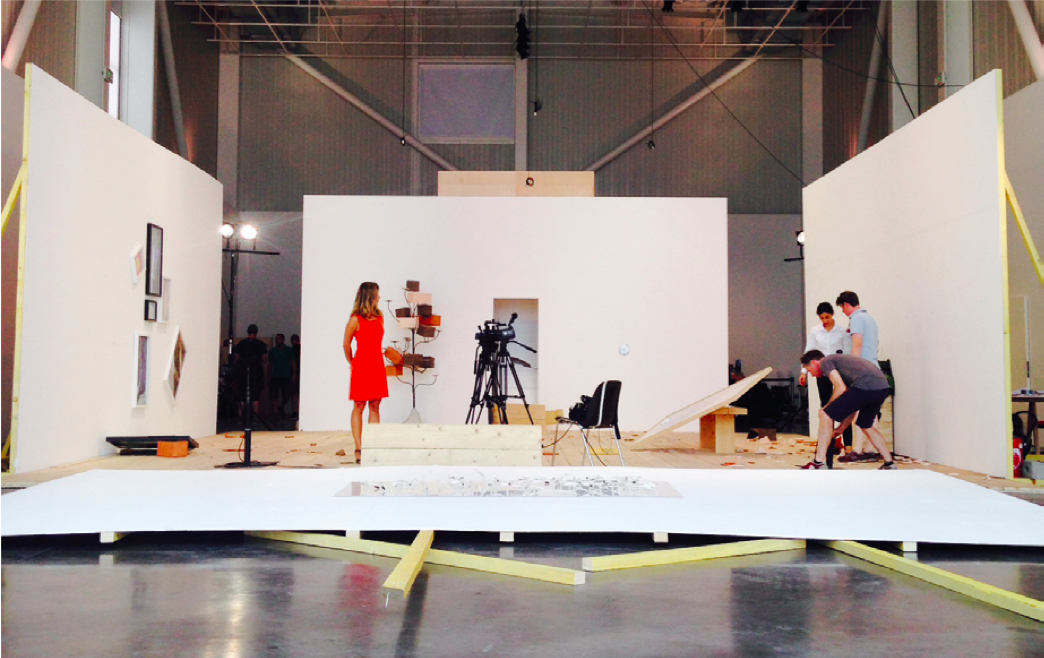 In Camera was created for the Panorama gallery at La Friche Belle de Mai in Marseille by Graham Eatough and Graham Fagen in 2014. The work draws on and extends their approaches from previous works whilst providing a response to the physical context and location of the unique Panorama gallery space and the city of Marseille in which it is situated. Thematically, In Camera deals with ideas of confinement and spectatorship that have been explored in Fagen and Eatough’s previous work but that reach a full expression in this unique context. It also brings together references from the world of theatre (playtexts such as Sartre’s Huis Clos and Jean Anouilh’s television drama La Belle Vie) with the formal elements of a T.V. studio and ‘reality T.V.’ and soap opera formats.